I work with many seniors in the real estate business and like to help and support them as they age. Lucille Rosetti  recently shared some information with us about assisting seniors with financial decisions after a spouse has passed.  If you would like more information you can reach her at the following places.  info@thebereaved.org │The Bereaved 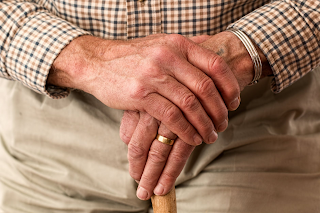 Losing a loved one is an emotional challenge, but many people don’t realize that it’s also a financial challenge. When a senior has lost their spouse, there are monetary decisions that must be made to help support and prepare the senior loved one even when they will not feel ready to move forward. As a senior prepares to look toward their future, they will have to make decisions such as downsizing their home or protect themselves from potential financial abuse. This list of tips will help protect your beloved senior from being taken advantage of and let them focus less on their finances and more on their retirement.

Unfortunately, when a senior’s spouse dies, they are often left alone in their home. If a senior hadn’t downsized previously — or is interested in downsizing again — it is important to contemplate where a senior is interested in living next. According to SeniorDirectory.com, there are many different reasons why seniors downsize, including making money to pay off previous expenses or keep the home more mobile-friendly and prevent potential tripping.

When seniors consider downsizing, it is important to decide if they would like to move to a new neighborhood, a retirement community with fellow Baby Boomers, or move down the street in order to access current friends and family members. As your senior begins the process of moving and getting rid of items, it is important to let them grieve and reminisce. On the other hand, giving away items early allows for seniors to share their stories with the younger generation that makes the gift even more special.

Develop a Plan for Mental Decline

As seniors age, it is important to prepare for the possibility of their mental health declining even if they don’t have Alzheimer’s or neurodegenerative diseases. However, one of the first signs of Alzheimer’s or dementia is the lack of being able to handle financial matters. As you take your senior to the doctors to understand what could be impacting their mental function, help your senior loved one simplify their financial lives. Seniors may need and some banks want trusted family members to be the agent when it comes to estate-planning discussions. If your senior starts to forget paying bills on time or accusing someone else of stealing or mismanaging money, these are signs that they may no longer be in the best position to handle their finances.

When a senior loses their spouse, they also lose their financial partner when it comes to making decisions with besides income. According to Consumer Reports, it is estimated that $30 billion a year is lost by seniors due to elder financial abuse, and they often go unreported due to embarrassment or poor health. To prevent elder financial abuse, it is important for loved ones to keep their seniors from becoming isolated. This includes asking questions and making sure they are paying their bills on time. In these situations, it is imperative to keep an eye on your loved one, including looking for unusual activity in bank accounts, changing from a basic account to a more complicated one, new people accompanying them to the bank, or sudden unpaid bills.

Think About Opening a Business

On the other hand, seniors who are still cognitively sharp and want to continue working should consider opening their own business. This will help give your senior something to actively work on that can help them transition into a life without their spouse. Starting a business is great for seniors who want to do what they love full-time, learn something new, and be their own boss. Other great jobs for seniors include being a travel tour guide, babysitting, or becoming a tutor. As they’ve already retired, this job should be thrilling and fun.

As seniors lose their life partner, it is important to help them through this difficult time. This includes keeping an eye on your loved one and helping them make financial decisions. Lastly, encourage your senior to be as independent as they can. 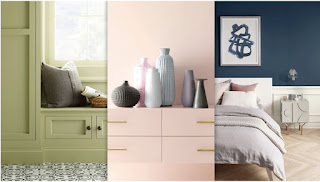 Did  you know that there is more than one color of the year? Twenty years ago the Pantone Color Institute began the tradition that is ubiquitous in the paint industry. Of course they don't really know at the beginning of the year what that will be but their prediction is based on what they see happening in the world and what's happening in retail and the lifestyle trends of influencers on social media.

Behar's has chosen a green shade called "Back to Nature" which reflects the world of the great outdoors.

Benjamin Moor's selection is a soft pick called "First Light" because they keep seeing it this color pop up in their travels.

Sherwin Williams's color for 2020 is called "Naval" and is a calming color and always looks good.

It will be interesting to see what colors we spot in homes being listed for sale in 2020.

An Update to SR 99 Tunnel

For months we have been watching and hearing about the removal of the Alaskan Way viaduct and the new SR 99 tunnel. After using the tunnel for a few months, it's now time to start the tolling process. If you want to know more about that process, here is a great video from  WSDOT that will provide more information.

Recently there was an article published in the Seattle Times about the changing commission information. The article implied that you might save some money buying a home in Seattle. You can read the article here: Buying A Home In Seattle


Well, Katherine got some things correct but not all. This will not make home buying cheaper. It will simply publish what buyers agents get paid. Everyone sees these numbers in their paperwork when they buy a home anyway, it's not a secret.


What isn't obvious when buyers and sellers see how much we get paid is how much it costs us to be in business. The brokerage usually gets 1/2 of the commission, for example. 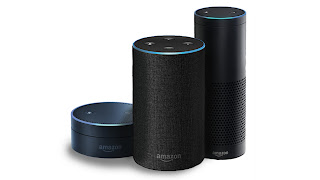 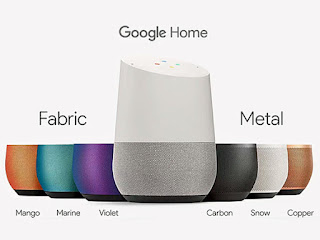 Many people I know have either an Amazon Alexa device or a Google Home device. The people that  own one of these devices also varies by age. I know there are all sorts of integrated apps that you can use with either device,  but I'm just beginning to learn how many seniors have one and how useful these devices can be.

You can use them to play games, check the weather, find your cell phone, get encouragement, turn on lights, medication reminders and more. One of the most intriguing to me is the Ask My Buddy skill. By setting up this feature to work with your device, if you need help you can say "Alexa, ask my buddy to send help" and your contacts will receive alerts. This is not a substitute for calling 911 but would be helpful if you can call out but are unable to reach your phone for a text or a call.

Here is a link to the directions to set up this app if you're interested. Ask My Buddy helpful instructions.
Posted by D.Lisa at 3:30 PM No comments: 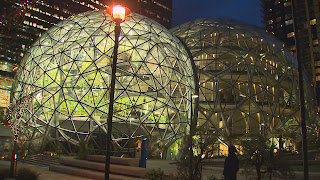 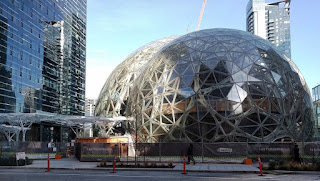 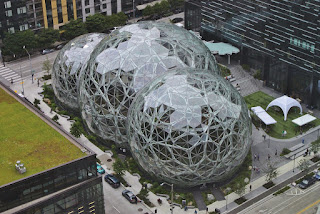 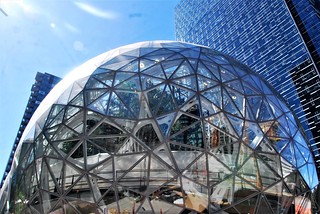 Amateurs, employees and King5, and more all love to show and talk about  photos of the Amazon Spheres here in Seattle. They are amazing structures and make a fun field trip for out of town visitors.

The idea behind the spheres is to create a space where employees and nature can co-exist. They do house over 40,000 plants from over 30 countries.

You can visit the spheres on two Saturdays a month. You do need a reservation that can be made by using this line Amazon Spheres Reservation

Check it out, I think you'll find it fascinating.

Q2 Seattle metro real estate numbers closed where the trends suggested. While available inventory continues to tic upwards, average sales price declined 7%. This is further evidence that our market continues to moderate from the frenzied pace of the past 5+ years.