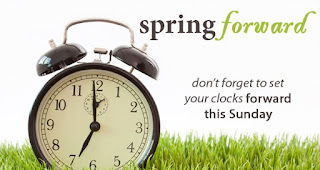 Washington State is trying to join the states of Arizona and Hawaii and no longer observe daylight saving time. For many years, there have been other bills proposing the permanent switch to permanent standard time like we use in winter. If the law passes this time, it will go into effect on the first Sunday in November following the effective date of federal authorization. If congress does not authorize the revision, legislators are proposing that the state seek approval to change Washington to year around Mountain Standard time which would have the same effect.

Apparently studies show that about 400 lives are saved due to more light in the late afternoon hours when more people are up and out.

It is estimated that there would be 20% less crime because the preferred working hours for criminals would be reduced due an hour less of darkness.

It would improve the well being by avoiding disruption in schedules.

Opponents say they don't like the idea of children standing in the dark waiting for buses as the sun would rise at 9 am rather than 8 am.

If you count out the months however, we do spend 8 months of the year in daylight saving time and only 4 months in regular time.

The federal Uniform Time Act followed in 1966, instituting a nationwide daylight saving time, but allowing states to opt out as long as the entire state (or the entire part of a state that’s in a given time zone) does so. That exemption allowance is what could let Washington and other West Coast states make this change.

What do you think, would you like to eliminate daylight saving time?
Posted by D.Lisa at 1:00 PM